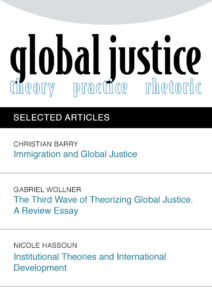 The present, first relaunch special issue deals with anthropogenic climate change, which represents an urgent normative challenge. Carbon emissions that humans produce mainly through their consumption of relatively cheap fossil fuels are causing dangerous climate change, that is, climate change that threatens present and future people’s ability to lead decent lives. While the international community has been acknowledging the existence of dangerous climate trends since 1990 (when the Intergovernmental Panel on Climate Change published its first report), various initiatives designed to launch a coherent international climate policy have systematically been failing until very recently. The UN climate change conference – which concluded its work in Paris in December 2015 – does, however, give us some grounds for hope. The Paris Agreement, published on December 12th 2015, consists in a global commitment to limit the rise in global temperatures to less than 2 degrees Celsius. The pact will become binding once 55 parties who produce over 55% of the world’s greenhouse gases ratify it. The Paris Agreement is the first global pact on climate change to enjoy unanimous consensus, yet doubts about its effectiveness and success conditions remain. Furthermore, to determine the shape that our global climate policies should take, persistent normative disagreements need to be settled. These include, crucially, disagreements on how the burdens and costs of climate change mitigation, as envisaged by the Paris Agreement, should be distributed. After all, how to go about addressing dangerous climate change touches upon several disputed normative questions. And this is where this special issue intervenes.